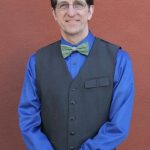 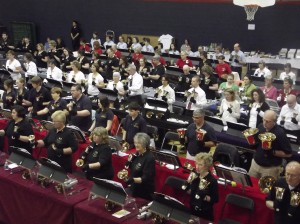 Join us for a day of ringing and education, with world-renowned composer and clinician Fred Gramann! The WPA Festival is a beginning-level handbell event for handbell choirs (Level 1-2 music) is co-sponsored by Three Rivers Ringers—Pittsburgh’s premier handbell ensemble—and the Robert Morris University Band Program. Members of Three Rivers Ringers will be teaching and performing at the festival as well as planning the event. We will once again be working with and assisted by the Robert Morris Band Program, under the direction of Elisabeth H. Charles.

We have some terrific music for this year’s festival, including two original compositions from our clinician, Fred Gramann. Both the holiday selections (Christmas and Easter) have the option for a Bb or C instrument. We are especially excited about this year’s addition of a challenge piece; William Bradbury’s Calypso on “He Leadeth Me”. Please listen to the selections on the links on the Music List in the Registration Packet below. 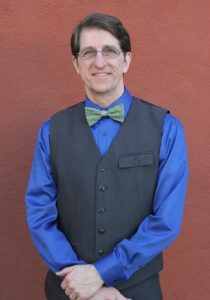 We are honored to present Fred Gramann as our clinician this year. A classically trained musician, he earned a Bachelors degree in organ performance at Syracuse University, a Masters degree in organ performance at the University of Michigan, and studied privately with Marie-Claire Alain and Maurice Duruflé in Paris. Fred’s love affair with handbells began in 1977 when a touring American handbell choir played at the American Church in Paris where he is Director of Music. Fred directs three adult handbell choirs at the American Church.  He is also the adult choral director and organist, and organizes a weekly classical concert series at the church. Thanks to the Raleigh Ringers, Fred was invited in 1995 to conduct his first handbell festival, the Capital Area Festival.

We hope you will consider stretching your choir with our challenge piece. There will be a morning and afternoon rehearsal for this piece. Please let us know if you are interested in participating. We are developing some new class offerings this year and will make that information available ASAP.